Dr. Akins is employed by Florida A&M University as the Executive Director of Title III Programs since January 2020, prior to becoming Executive Director, Dr. Akins served as the Director of Title III Programs and Dean of Workforce Development and Continuing Education at St. Philip’s College in San Antonio, Texas. He has served as Director of the Grants and Contracts Department before joining St. Philip’s College in 2009.  He has taught grant-writing courses at St. Philip’s College for the Continuing Education Department. He is also a Lecturer with the University of Texas at Austin teaching urban-related courses in Geography and the Environment Department to undergraduate students majoring in Urban Studies. Dr. Akins has serves as a Lecturer for the University of Texas at San Antonio in the Public Administration Program teaching graduate courses to students majoring in public administration.

Dr. Akins has over 30 years of combined experience in contracts, grants and program management working for local government, non-profit organizations, and institutions of higher learning. Dr. Akins has life memberships in Alpha Phi Alpha Fraternity, Inc. and the Texas Association of Black Personnel in Higher Education. He is a sustaining member of Phi Mu Alpha Professional Music Fraternity. He earned his Ph.D. in Human Services from Capella University, his M.A. in Urban Studies from Trinity University and his Bachelor in Music Education from Southern University. Erick is a native of Chicago, Illinois and has resided in San Antonio, Texas for the past 32 years.

A native of Houston, Texas, Dr. Demetria Johnson-Weeks, received her AA in Insurance and Risk Management from Houston Community College, BBA in Accounting from the University of Houston, an MBA in Business and Ed.D in Educational Administration; Higher Education from Texas Southern University. A lifelong learner, mother of three and a dedicated Administrator of Education, Dr. Johnson-Weeks has over 18 years of diverse budgeting and supervisory experience, strategic planning, operational accounting, grants preparation, auditing and compliance in both public and private sector industries. Currently she is the Executive Director of Title III and Sponsored Programs, the Coordinator of the Summer of Success and an Adjunct Professor in the Jesse H. Jones School of Business at Texas Southern University, Houston, Texas 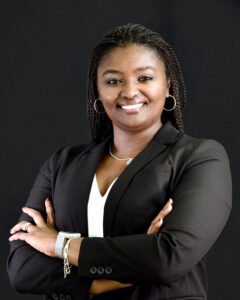 Mrs. Tarshua Teresa Mack is the Assistant Vice Provost for Research/Director for Title III at Claflin University, in this role she is responsible for the day to day operations of the Sponsored Programs Office.  The office performs pre – award and post-award grant functions.   Mrs. Mack also manages the College’s Title III programs that focus on Academic Quality, Student Support Services, Institutional Effectiveness, and Fiscal Stability.  She has 18 years’ experience in management and has worked as a Project Manager for 5 years.

During 12 of Mrs. Mack’s professional years in management, she was as a Director for Grants and Contracts, to include two years as Interim Vice President for Student Affairs.  During her experience, she has increase external funding, accountability measures and improved workflow processes, managed projects to ensure they met timeframes and budgets and increased student’s college experiences through programs, scholarships, internships and temporary jobs in students’ field of study.   Mrs. Mack is a doctoral candidate in Higher Education Administration.  Her study is on the Persistence of African American Males at a Two-Year College.

Mrs. Mack is happily married to Christopher Mack and they have three children, Saporia, Morgan, and Marcelle.  They also have a grandson named Bryson Christopher.

Mr. Ronald E. Range is the Dean of the C.A. Fredd Campus of Shelton State Community College, in Tuscaloosa, Alabama, where he also is the Director of Title III. He serves on the Executive Committee of the National Association of HBCU Title III Administrators as Financial Secretary. In his role as Campus Dean, he works in cooperation with the President, the Dean of Instruction, the Dean of Students, the Dean of Business Services, other associate deans, division chairpersons, and the faculty to provide leadership and supervision in the planning, development, implementation, and evaluation of the C.A. Fredd Campus’ instructional units both credit and non-credit. Ronald is a native of Tuscaloosa, Alabama. He earned his bachelor’s degree in business administration from Stillman College and a master’s degree in public administration from the University of Alabama at Birmingham. Mr. Range serves on various boards of directors and is a member of Kappa Alpha Psi Fraternity, of which he has served as a member of the Grand Board of Directors and Chief of Staff to the 33rd Grand Polemarch.

Reginald A. Crenshaw, Ph.D. is a graduate of Morehouse College, where he earned a Bachelor’s Degree in Economics.  After returning to his home town, he obtained a Master’s Degree in Public Administration from the University of South Alabama and later earned a Ph.D. in Higher Education Administration from the University of Southern Mississippi.  In November 2008, Dr. Crenshaw was elected to the Mobile County Board of School Commissioners and has served two six-year terms.  The Mobile County Public School System is the largest school system in the state of Alabama.

Having been employed at Bishop State Community College for over forty years, Dr. Crenshaw has worked his way through the ranks and is currently serving as Director of Title III Programs.  He has served in this capacity for almost twenty years.

Beverly McDonald-Robinson is the Director of Office of Sponsored Programs and Title III Program Administration at Arkansas Baptist College.  She is a product of a Historically Black College, receiving a Bachelor of Arts Degree from Talladega College in English and Secondary Education. Talladega College provided her vital academic tools towards pursuing graduate studies.  She received a Master of Science Degree in Education Administration from Purdue University in Indiana.  While pursuing a career in higher education, she also earned an  Educational Specialist Degree in Education Administration Supervision from Tennessee State University and she is currently a Doctoral Candidate, completing the last phase of the doctoral degree program.  Her professional experiences span of 20 years, include leadership of student affairs and administrative domains in higher education.   As an Educational Consultant for the State of Tennessee and External Evaluator, she developed expertise in institutional evaluation and student based performance outcomes for demonstrating persistence and retention.  Education, specifically higher education was the professional culture where she found the opportunity to provide greater assistance to people similar to those role models that shaped her life.  She found her professional niche in the Federal TRIO Programs as the Director of Educational Talent Search Program, and the fire for research of first generation freshmen students was ignited.  Some of her scholarly awards and achievements include being inducted into the Phi Delta Kappa International Society at Tennessee State University, receiving the President’s Affirmative Action Award at Purdue University, being selected as President of the Indiana Mid- America Association of Educational Opportunity Program Personnel and completing the Mid-America Association Educational Opportunity Emerging Leaders Institute, Co-Chair of Strategic Planning Title III HBCU Association and receiving a Certificate of Merit for Dedicated Service to the Community and the State of Tennessee.  Community leadership and responsibility is very important to her, resulting in receiving the Outstanding Volunteer Award from Metropolitan Action Commission.  Beverly is a member of Delta Sigma Theta Sorority, Incorporated.  Of all of her accomplishments, she is most proud of her family.

Previous leadership positions include Adult Education and Workforce Development, Pennsylvania Department of Education, and Job Corps.  Mae has presented workshops on Academic Programming and Course Design, Grants Management, and Career Facilitator Development Training locally and regionally and was part of a team of educators/administrators providing technical assistance to Job Corps Centers throughout the United States as a Certified Program Assessment Team Member.

Mae enjoys volunteering for a grassroots organization providing outreach, tutoring and mentoring services to youth, spending time with 2 daughters who served in Afghanistan and Iraq and now are Airborne and in the field of Engineering, respectively; her husband of 41 years, a CPA with his private practice in Trevose, PA.  Hobbies include music, gardening, travel, and DYI.

Dr. Mitchell M. Shears is the Associate Vice President for Student Success and Executive Director of Title III at Jackson State University. He has made strides in both K-12 education and higher education.

In K-12, he served as a teacher, a district instructional specialist, principal of two high-performing schools, and assistant superintendent/executive director of academic support. During Dr. Shears’ tenure in JPS, he received numerous awards, including Parents for Public Schools and the Community Foundation of Greater Jackson as a 2003 Outstanding Educator and 2010 Administrator of the Year Award.

Samuel T. Rhoades, III, a native of Dunn, North Carolina was unanimously elected to a second term as President of the National Association of HBCU Title III Administrators, Inc. He currently serves as Special Assistant to the President/Title III Administrator at Virginia Union University. Dr. Rhoades has over thirty-five years of experience in higher education in Administration, Cooperative Education and Placement, Sponsored Programs and Research, and Title III Programs.Dr. Rhoades is a 1967 alumnus of North Carolina College at Durham for Negroes, now North Carolina Central University and received his Juris Doctorate from North Carolina Central University in 1973. Also, he is an Honorably Discharged Military Veteran and holds Life Memberships in The North Carolina Central University Alumni Association, The National Association for the Advancement of Colored People, and The Omega Psi Phi Fraternity, Inc. After successfully completing consecutive terms as the Association’s president, he was unanimously voted by his peers President Emeritus in September 2007. He is a member of Phi Alpha Delta Law Fraternity, International and The Beauty of Dunn Lodge Free and Accepted Masons.